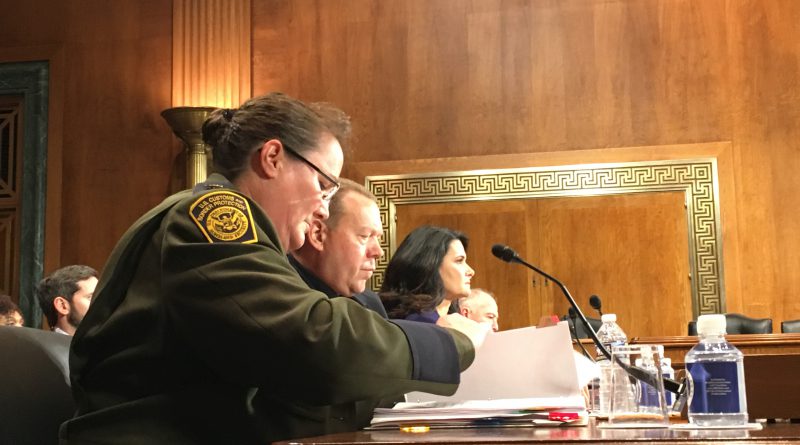 WASHINGTON – Department of Homeland Security officials warned the U.S. Congress of a security and humanitarian crisis at the southern U.S. border on Wednesday as Democrats accused the Trump administration of exacerbating immigration problems.

U.S. Border Patrol Chief Carla Provost told lawmakers at a packed U.S. Senate Judiciary Committee hearing that the nation is experiencing an “unprecedented border security and humanitarian crisis.” She cited a series of factors, including an increase in families crossing into the United States along the southern border.

“As we focus our resources on the immediate humanitarian needs, we have been forced to put the nation’s security at risk,” Provost warned.

“Every agent that I pull off the line to process and care for families and children increases the risk that illegal border-crossers will get past us, including those smuggling drugs and other contraband,” she added. “We must maintain the ability to administer consequences or we will lose control of the border.”

Customs and Border Protection said it apprehended 361,087 people between ports of entry on the border this fiscal year, the majority of whom were members of family units or unaccompanied minors.

“The situation unfolding on our southern border is grim,” Cornyn said. “There are those who still here in Washington choose to ignore the gravity of the situation, or worse, to label it as fake or manufactured,” he said. “The entire system is breaking and it is unsustainable.”

Several Democratic senators, however, criticized DHS for its call to prolong detention and punish immigrants in the name of deterrence.

He said the Trump administration’s policies have “made our borders less secure, and many times undermined our American values.”

Durbin slammed Nathalie Asher, acting executive associate director for Enforcement And Removal Operations at DHS, for her assertion that the “overwhelming majority” of individual asylum seekers fail to show up for court hearings.

“I’ve got to stop this right now,” Durbin said. “In fiscal year 2018, the Department of Justice figures show 89 percent of all asylum applicants attended their final court hearing to reach a decision on their application.”

Sen. Dianne Feinstein (D-Calif.) called for “humanitarian and commonsense solutions” at the border. “The administration is threatening to make the problem worse, not better, by threatening to build a wall and shut down lawful border commerce,” she said.

On May 6, Grijalva joined other Arizona congressional leaders in sending a letter to acting DHS Secretary Kevin McAleenan, urging the department to address the situation by appointing a “federal crisis coordinator” to increase communication between stakeholders and local officials.

Rep. Ann Kirkpatrick (D-Ariz.) said in a statement, “This is a larger humanitarian problem and we need responsible and humane leadership to come from the federal level. We need DHS to appoint coordinators to help organize a humanitarian response to families coming from our Southern Arizona border.”

The Arizona Mirror is part of The Newsroom network