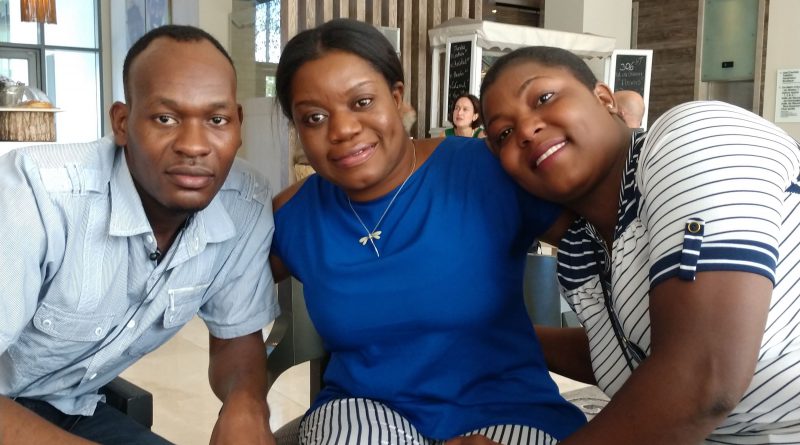 WASHINGTON — U.S. Attorney General William Barr’s decision to detain asylum seekers indefinitely as the courts work through a large backlog is focused on Central Americans at the U.S.-Mexico border. But asylum seekers from more than 100 countries also are being detained as part of the crackdown.

The backlog in immigration court has swelled to unprecedented levels with nearly 855,000 cases pending across the country.

Of the over 42,000 asylum cases decided in fiscal 2018, over half involved people from countries outside Central America, according to TRAC data compiled by Syracuse University.

James Carafano of the Heritage Foundation, a conservative think tank, views detention as an important “deterrent tool.” Too many immigrants who do not meet the requirements for asylum relief have overburdened the courts and caused a humanitarian disaster, he said.

Civil rights advocates point to human rights violations occurring inside detention facilities that affect not only Central American immigrants, but asylum seekers from all other countries, many detained in what their attorneys called “deplorable and culturally isolating” conditions in about 250 detention centers across the United States.

Asylum seekers Jasvir and Rajandeep Singh spent nearly 80 days on a hunger strike in protest of conditions in an El Paso, Texas, detention facility after fleeing political persecution in India. The men, who are Sikh, initially joined a group of 13 in a hunger strike to protest physical and psychological abuse.

“All of these men experienced substantial discrimination based on the language they speak and the way they dress,” said Nathan Craig, a volunteer with Advocate Visitors with Immigrants in Detention.

In January, immigration and customs agents started force-feeding the hunger strikers. But after public outcry, a federal judge granted the two men bond and released them from the Otero County Processing Center.

Three of the men involved in the hunger strike are still detained and five were deported, according to South Asian Americans Leading Together, an organization fighting for the release of immigrants in detention.

The group said it has received reports of inadequate language interpretation, solitary confinement and a denial of religious accommodations for Sikh asylum seekers.

Before Donald Trump became president, most asylum seekers who passed credible fear screenings were released on parole. But asylum seekers’ chances of obtaining parole the past two years have plummeted, leaving many to languish in jail, according to a lawsuit filed by the American Civil Liberties Union against the Department of Homeland Security.

On April 16, Barr, who was also involved in the indefinite detention of 12,000 Haitian political asylum seekers at Guantanamo Bay in the early 1990s, shifted the responsibility of determining bond eligibility for many asylum seekers from immigration judges to DHS.

“The impact is potentially devastating, and it’s also unconstitutional,” said Michael Tan of the ACLU. “The Fifth Amendment, which applies to everybody, regardless [if] you’re a citizen or an immigrant, says you can’t take away someone’s liberty without due process of law.”

Civil rights advocates have been setting up bond funds to secure the release of asylum seekers. Community activist and immigrant Guerline Jozef formed the Haitian Immigrant Bond Fund Assistance Project to support Haitians who are unable to afford bond.

“There’s no visibility. The narrative does not include black immigrants,” Jozef said. “You can see racism in every aspect of the work. And it makes it incredibly difficult for black migrants to get services and get out of detention.”

Thousands of Haitians resettled in Brazil after the 2010 earthquake devastated their Caribbean island, but unemployment caused many to head to the United States, arriving in increasing numbers at the southern border in 2016.

Despite the small odds of release, Jozef continues to focus on the strength of the asylum seekers she works to support.

“The hope is fading away,” she said, “but I don’t think there’s anything that is stronger than the resilience and faith that most of these people still have in America, still have in justice.”