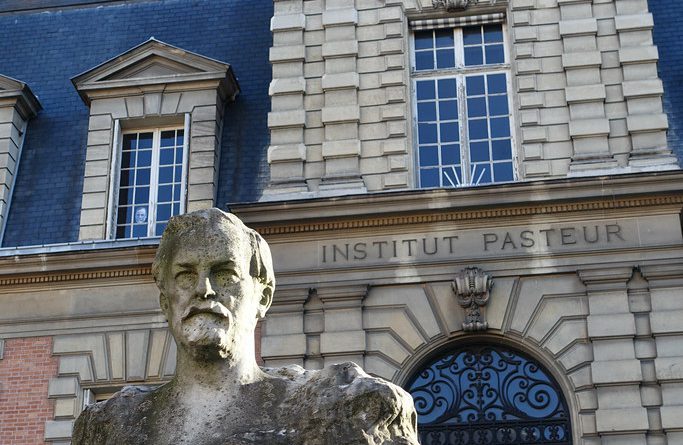 PARIS — Top health experts from around the world are mobilizing to combat the novel coronavirus that has infected more than 77,000 people worldwide.

The global health threat posed by the coronavirus has kicked the world’s scientific community into overdrive as it races to develop a life-saving vaccine to fight the epidemic that has killed more than 2,300 people to date.

“It’s a kind of race, not against other scientists, but against the virus itself,” said Olivier Schwartz, the head of viruses and immunities at the Pasteur Institute in Paris. The institution was the first in Europe to isolate the strains of the coronavirus and sequence its genome after the virus emerged late last year in central China.

“Going into a Phase 1 trial does not mean you have a vaccine,” Fauci said. “It means you have taken the first step towards the vaccine, which by anybody’s calculation is going to be at least a year to a year and a half at best, and that is if we proceed under the emergency authorization of the regulatory agencies.”

Institutions in China, the U.S., Europe and Australia are all working on a vaccine for the current outbreak of coronavirus disease that the World Health Organization has christened COVID-19.

Rachel Grant, the director of communications and advocacy at the Coalition for Epidemic Preparedness Innovations (CEPI), said in a statement to ABC News Friday that the organization was working with partners to deliver a vaccine for broader use within the next 12 to 18 months. The Norwegian association, which has an ongoing relationship with NIAID, has so far provided funding to Moderna, Inc. for the manufacturing of vaccine materials that will be used in the Phase 1 trials run by NIAID.

“Of course, there are no guarantees of success,” Grant said. “Even to propose such a timeline at this point must be regarded as hugely aspirational.”

Researchers like Schwartz say the aim is to team up as quickly as possible to tackle the problem. At the Pasteur Institute in Paris, the organization is bringing together researchers and specialists with different expertise in areas such as virology and immunology to address the threat presented by the new coronavirus.

The head of the vaccine labs, Frédéric Tangy, said researchers there are working on using the Measles vaccine as a shell in order to deliver the COVID-19 vaccine into the human body.

While much remains unknown about the pathology of COVID-19, the Pasteur Institute is uniquely equipped to battle the new disease. It operates within a global network of 32 institutions worldwide that, while autonomous, have collaborated with each other during every global epidemic in recent history, including SARS, MERS and the Ebola virus.

The new coronavirus has now spread to nearly 30 countries, most recently with a worrying surge in South Korea where the number of confirmed cases multiplied in days. The first confirmed case of COVID-19 in Africa was announced last week in Egypt, raising concerns that the world may be moving closer to the verge of a pandemic.

“You have more concerns about [a pandemic] when you’re dealing with countries that don’t have a healthcare system that is capable of containing it in a way that a country that has a good health care system is able to do,” Fauci said of the new case in Africa.

In the United States, multiple arms of government health agencies are engaging with the health care community and private sector partners to prepare for the further spread of COVID-19 within the country.

Fauci called the interest from pharmaceutical companies in developing a vaccine for the novel coronavirus “much more intense” than it had been for the global SARS epidemic, which occurred in 2002-2003. Still, the development of a vaccine is not the only hurdle in the process of combating a disease outbreak like COVID-19.

“One of the things that people don’t take into account is how long it’s going to take to manufacture hundreds of millions of doses that the world is going to need,” Fauci told ABC News.

The production component will present a challenge for scientists and institutions. Even if a candidate vaccine is created within the anticipated timelines, Fauci said pharmaceutical companies may not be ready to scale the production of those life-saving therapeutics.

“You could find yourself where you have a vaccine candidate in a year and half, a year and three quarters, but it takes another year to scale up to get enough doses to be meaningful to anyone,” Fauci said.

“Our window of opportunity is narrowing,” WHO Director-General Dr. Tedros Adhanom Ghebreyesus said. “We need to act quickly before it closes completely.”

In the event the WHO declares the novel coronavirus a pandemic, the number of doses needed to fight it would be staggering. Fauci says the U.S. would need hundreds of millions of doses, and more so for around the world.