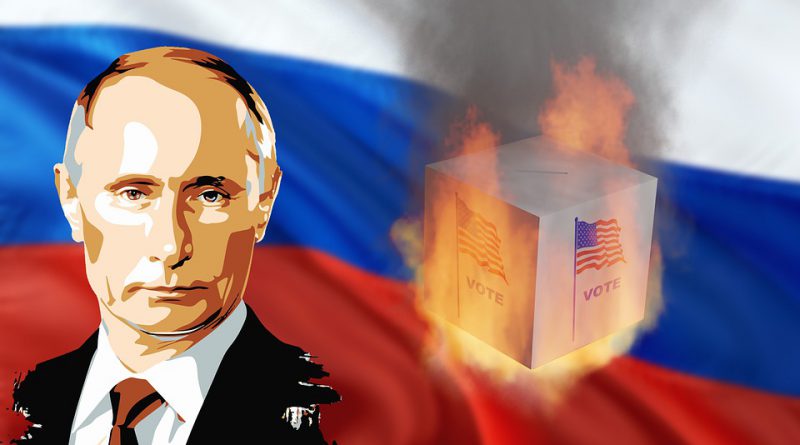 The Kremlin has interfered in many elections across Europe and the United States continues to be ripe for the picking (Image from Pixabay)
Conflicts and Terrorism Cybersecurity
By Sam Cabral on March 17, 2020March 17, 2020 2020 election, disinformation, Donald Trump, election interference, propaganda, russia
Tweet

A country that recognizes it has a disinformation problem is more likely to be able to deal with a disinformation campaign. Finland, Estonia and a handful of other European countries have taken action against Russian influence operations, but the United States has so far lacked a firm and unified response to Russian interference, leaving it vulnerable to more attacks.

Countering Russia’s agents of disinformation and election interference requires a whole-of-government consensus on the issues at hand and a coordinated top-down approach. As Nina Jankowicz, a disinformation fellow at The Wilson Center, noted: “Russia is not creating fake news; it’s singling out the racial, ethnic, political and other cleavages in democratic society and exploiting those fissures.” Russian trolls have operated in the United States and Europe with a brazen desire to inflame tensions, but they are merely pouring salt on open wounds. The Internet Research Agency troll farm’s work to interfere with the 2016 U.S. election relied on long-term planning and strong powers of observation, but it was a “spaghetti-on-the-wall” approach that made hay of America’s self-inflicted political malaise.

What is often ignored is that Russia’s playbook for disrupting democracy has failed in the past. Back in 2007, the Kremlin sowed division in the Estonian capital of Tallinn over the relocation of a Soviet-era memorial and implemented several cyberattacks that shut down and blocked digital services in the country. The Estonians took a two-pronged approach: they addressed the unrest of citizens (particularly the Soviet-nostalgic bloc), and they built up the cybersecurity defenses of the government and private sector. Estonia is now not only a NATO leader on the issue of election interference, but its citizens also regularly express confidence in the integrity of elections and digital platforms.

As U.S. intelligence officials say Russia is once again interfering in the U.S. presidential elections, the United States faces a unique set of challenges that it is no closer to solving than it was in 2016. Intense tribalism and partisanship have made it nearly impossible for the Trump administration and Congress to reach agreement on the scale and scope of the 2016 interference or the appropriate response it requires. Congress has delivered censures, the State Department has imposed sanctions and the Robert Mueller-led inquiry into the attack brought indictments against Kremlin-linked individuals, but President Donald Trump has shown neither the intent nor the will to face the problem. As a result, the country has failed to commit enough resources that would allow it to combat the problem or to work in partnership with European allies.

Disinformation scholars point to how improving media literacy and urging critical thinking helped Finland turn the tide against Russian interference, but the U.S. is a lot less homogeneous, which makes a unified approach more difficult. Worse still, the U.S. only seems to be getting angrier and more divided by the day. No agreement has been reached on the facts of the 2016 influence operation, but the community-wide issues exploited by Russian trolls – from abortion and Black Lives Matter to immigration and LGBT equality – only seem to have gotten even more contentious. The same trolls who set up fake social media pages and sent out pretend petitions in support of these issues have the same fertile ground to exploit in an explosive general election between Donald Trump and the presumptive Democratic nominee Joe Biden.

A lack of intra-American and international collaboration on election security and disinformation ensures this will be an issue discussed frequently over the next decade, particularly as elections approach. The right response would call upon a coalition of government, business (especially social media platforms), civil society and an engaged citizenry. Until this happens, Russia will keep kicking in the backdoor.