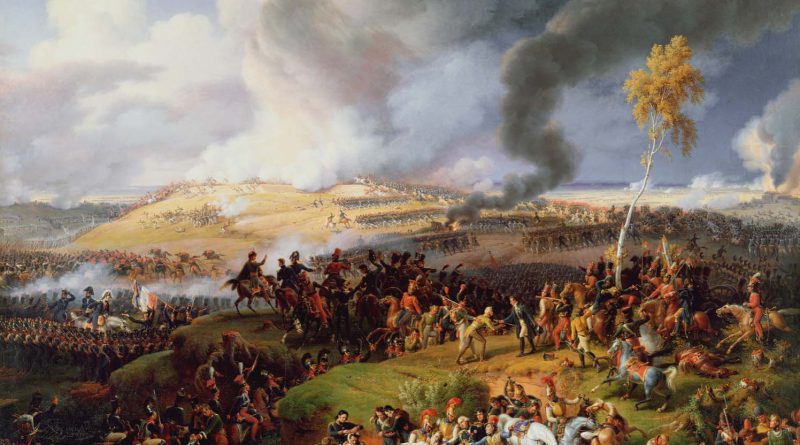 Carl Von Clausewitz fought in the Battle of Moscow, painted above, for the Russian Imperial Army against Napoleon's forces. (Wikimedia Commons)
Conflicts and Terrorism
By Sara Wilson on March 17, 2020 act of war, strategy
Tweet

WASHINGTON—Mankind has always tried to unpack the nature of conflict. From an academic perspective, war can be studied through a variety of treatises throughout history.

Sun Tzu, one of the earliest war strategists, argued that all warfare is based on deception. An army should first attack the enemy’s plans at their inception, then move on to disrupt alliances, and only attack the enemy if those first two options do not succeed. Basically, Tzu argues that a good army knows to hold back until it’s created the perfect conditions to win a fight.

The 1,500-year-old Chinese text is still used by militaries and strategists today, especially as the notion of “knowledge winning wars” becomes more prevalent in the information age. Ancient armies tried to know their enemy just as modern ones try. An army with intelligence capabilities is able to thwart attacks and anticipate an enemy’s behavior, so therefore it’s worthwhile to invest in both offensive and defensive cybersecurity capabilities either equally or more so than in physical capacity building.

Carl von Clausewitz wrote his classic guide to military strategy, “On War,” almost two centuries ago. In it, he wrote that war is “an act of force to compel the enemy to do our will.” War is more akin to commerce than art and has a natural tendency of escalation: a maximum exertion of strength, a use of maximum possible force, and then a total disarmament of the enemy. Clausewitz is famous for coining the “fog of war” concept and that identifying the center of gravity in conflict is essential to victory.

Clausewitz argued that simplicity is key, so that everyone in the chain of command can understand a strategy. It’s a concept that transcends history—if a general cannot accurately and concisely convey the mission, then how can we expect people on the ground to enact it?

Of course most of Clausewitz’s concepts are generally applicable today, but critics argue that as warfare tends to be less frequently between two, clearly defined defined state actors, his ideas are less applicable.

Alfred Thayer Mahan was an American strategist primarily focused on the Navy at the end of the nineteenth century. He was theorizing at the time of intense industrial growth, and his work reflects that. He surmised that the economy is the heart of national power and that the locomotive is the engine of the economy. Therefore, nations need powerful naval fleets to control the seas and deny the enemy access by defeating them at sea.

Mahan is applicable nowadays in that the economy is definitely a primary determinant of national power. His idea was to protect the most recent industry (the train), and likewise, it is smart for a nation to protect the cutting-edge technology that strengthens the economy. With the rise of financial technology and e-commerce, it’s why cybersecurity and data protection is such a high national security interest. Our contemporary rising industry exists online, so we must protect it from attack.

There have been many war theorists over the course of history, men who often responded to their critical contemporary issues. Just a few—Tzu and Clausewitz specifically—offered strategies that are still largely and universally applicable.