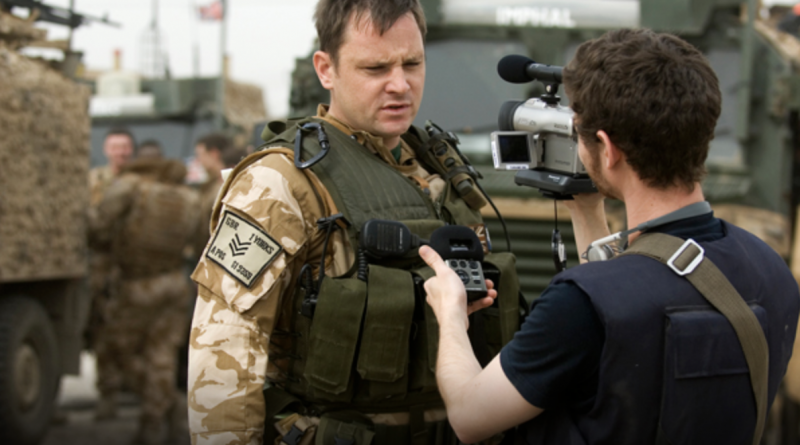 PARIS — In 2019, the number of journalists killed fell significantly, but other threats against journalists mount. A UNESCO program is seeking to further increase the safety of journalists by fostering trust and understanding between the press and security forces around the world.

To combat violence against journalists and the impunity of the perpetrators of those crimes, UNESCO created the Training Security Forces on Freedom of Expression and the Safety of Journalists program, which brings together security forces and journalists and trains them about press freedom in countries that are transitioning to and building a democracy.

“The biggest problem is that police don’t understand the function of journalists… so they try to shut down journalists,” said Mehdi Benchelah, senior project officer for the division of freedom of expression and media development program at UNESCO.

The first country in which this training occurred was Tunisia in 2013, and since then several countries have taken part, including Burkina Faso, Mali, Ukraine and Gambia.

Benchelah said that in countries that had authoritarian regimes, police did not have to interact much with the press because it was controlled. “The training that was provided by UNESCO really helped security forces to see how they could act in a more professional way with journalists,” he said.

Security forces and journalists need each other because they both provide a valuable service to society. Without security and a free flow of information, it would be very difficult to maintain a strong democracy. Journalists also need police to understand and respect their work, and to receive protection. However, these two groups can be at odds due to opposing interests of transparency versus security or simply a lack of understanding between the two groups.

Ian Lafrenière, a former public affairs officer for the Montreal Police who worked for UNESCO as a trainer to help train security forces and bring them together with journalists, said that, “just having them sitting in the same room in some countries, was a heck of a good thing because they haven’t been sitting together.” Lafrenière said that being an outsider helped him to be a good arbitrator who could bridge the differences between those groups.

Lafrenière said the program was usually three days, and the first one or two days would only be with security forces. During those days, the trainers would discuss issues about press freedom in other countries more generally while building a relationship with the police. Lafrenière said that the tensions between journalists and police are not unique to countries transitioning to democracy, and he would use examples from the U.S. and Canada to illustrate the challenges of the relationship between police and journalists. On the third day journalists would join the group and they would discuss issues of press freedom within their country.

After the UNESCO program is completed, continued training then becomes the responsibility of individuals and groups within the host nation. Benchelah said that has occurred in Tunisia, where the union of journalists continued to conduct training with security forces.

In the U.S., police departments have their own policies on managing their relationship with the media. In a statement, the D.C. Metropolitan Police Department said, “The relationship between the media and the MPD is one based on a desire to fairly meet the needs of the public while protecting the rights of the individual and the integrity of Department operations.” Additionally, in a General Order of the MPD for information sharing with the media it is stated, “Members shall not take action that will either unfairly assist or discourage the media from carrying out reporting activities.”