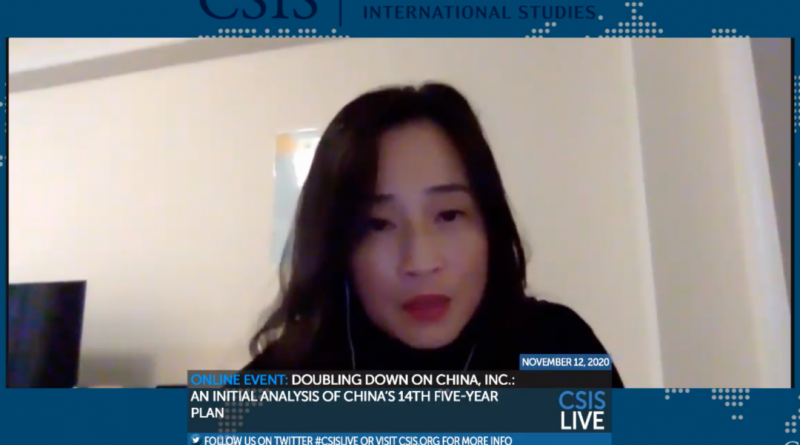 WASHINGTON – Amid intensifying geopolitical tensions with the United States, China is expected to heavily emphasize national security and, to a lesser degree, technology independence, in its upcoming its 14th five-year plan, several China experts said Thursday.

While China has partially embraced market forces, the country retains a centralized socialist economic system and, since 1953, has designeg five-year plans to outline some broad goals for its citizens, now at 1.3 billion. The full plan will not be published until March at the annual legislative session of the National People’s Congress, the country’s top legislature and the most powerful organ of state power.

But some big clues of the new can be deduced from a blueprint released by China’s Central Committee last month.

Speaking at an online Center for Strategic and International Studies discussion Wall Street Journal’ Senior China Correspondent Lingling Wei said that the initial details of the Five-Year Plan focus more on national security than any other agendas.

“In the communique that was issued … the word ‘security’ appeared more than 20 times compared to other keywords like ‘urbanization,’ ‘dual circulations,’ and ‘domestic demands,’” said Wei. “This exactly reflects President Xi Jinping’s vision for the next five years or perhaps longer.”

Wei also pointed out that the unprecedented levels of external pressure on China are reflected in the blueprint.

“With no hopes of improving relationships with the Western world, especially the United States, emphasizing security is paramount for the leadership in Beijing,” she said.

Vassar College professor Yu Zhou noted a stronger emphasis on technological standing and strengthening in the newly laid out plan.

“This is a reaction to the United States designating China’s major tech Huawei and ZTE as security threats and forbidding American companies from selling core components and foundations to Chinese business,” said Zhou.

Zhou stressed that Beijing has always been worried about the country’s dependence on foreign technologies, such as operating systems and chips. For Chinese companies, it did not make sense to rebuild all the basic structures when American ones are already fairly priced and good at creating compatible platforms.

“Even so, the Chinese government did not want to move into technological independence because it will be very difficult to decouple,” added Zhou. “Although I am not sure whether they will be able to achieve self-standing and self-strengthening, business communities in China can no longer ignore that argument.”