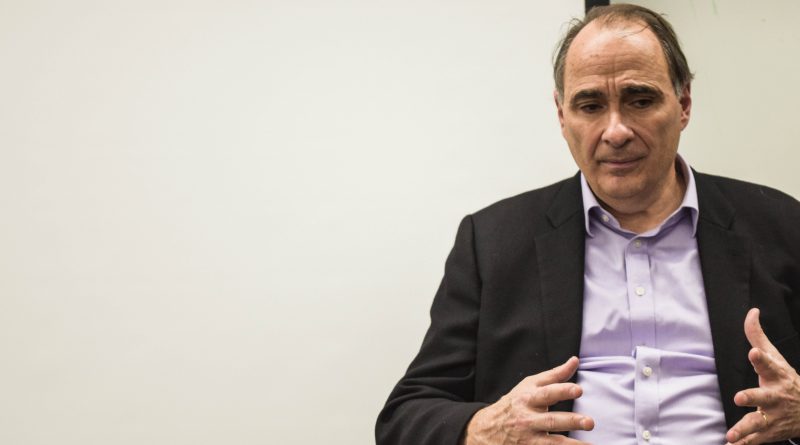 Chicago – Before he became essential to the election of the first African-American president, David Axelrod was a journalist.

“Journalism at its heart is a mission to try and shine a light in dark corners; not just in government, but in society,” Axelrod told said a group of Medill graduate journalism programs.

With a career spanning roughly 40 years, Axelrod served as a consultant to a number of political candidates before taking on the role of chief strategist and later senior adviser to the 44th  president of the United States. He got his first taste of political campaigning as a journalist at the Chicago Tribune while studying at the University of Chicago.

When one student asked about the media’s role in the campaign and election of Donald Trump, Axelrod paused. He responded by comparing the most recent presidential campaign to his days as a Chicago Tribune reporter covering Mayor Jane Byrne in 1979.

When Byrne invited then-President Jimmy Carter to a fundraising re-election campaign event at McCormick Place, she told the 11,000 people present that if she “had a vote on the Democratic Committee, I would vote for Jimmy Carter.”

“Two weeks later she endorsed Ted Kennedy so she was someone who, like Trump, could be absolutely committed to whatever she was saying at the moment, but felt no obligation to embrace her words, even a day later,” he said.

“I know it sounds preposterous,” he continued, “because Donald Trump is about to be president of the United States, but one of the leading indicators is authenticity. People seem to want the candidate who they sense is comfortable in their own skin.”

The conversation then shifted to President Barack Obama’s legislative legacy – and whether he expected Republican members of Congress would repeal the Affordable Care Act.

Because “20 million people have coverage,” it would “be more difficult to unwind than [Republicans] think,” Axelrod said.

“The only way it becomes affordable is if everybody is in the system. One of the problems with the insurance exchanges is a lot of young people, like you, being indestructible did not sign up for it, and the theory was if more younger and healthier people sign up, then it would balance out the people with preexisting conditions.”

While acknowledging that the incoming administration will present challenges for journalists, Axelrod wanted to make sure that the aspiring journalists knew how vital their role would be in keeping the public informed.

“You’re about to get a lesson in why elections matter,” he said.

In addition to talking about Trump and Obama Axelrod gave the room of reporters insight on what the Democratic Party should be doing to revamp itself. He emphasized the importance of the Democratic Party being the majority in state legislatures. The “tussle over who the next (National Democratic) Party chair will be” should be about someone organizing the party to not only take back Congress and the White House, but also hold the majority in local government.

“The mission of the party can’t just be about electing presidents,” Axelrod said. “It has to be electing state legislatures, down ballot candidates, governors as well as federal officers.”