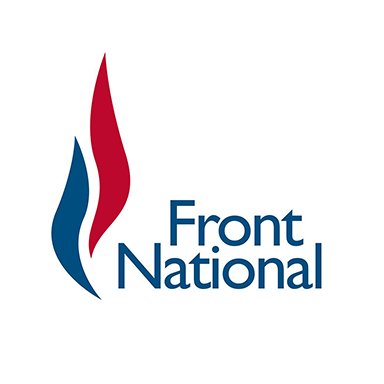 PARIS—Analysts sharply diverged over the future of the far-right wing of French politics Wednesday, though all agreed that it would largely hinge on whether President Emmanuel Macron can be successful in fulfilling his promises.

Following Macron’s resounding victory over Marine Le Pen and her right-wing Front National party in France’s 2017 presidential, the FN was wounded. But some analysts, speaking at a panel hosted by the Medill School of Journalism on the French political landscape, said the party and its nationalist, anti-immigration ideology was not going anywhere.

“I’m not sure you can ever say the FN is finished,” said Mark Hunter, a professor and journalist who has covered the FN. “They never give up. For the first time, I saw my neighbors openly declare support for the FN. This has moved from the fringe into the mainstream.”

Others weren’t so sure.

“This time around, they looked really out of place,” said Dominique Borde, an adviser to Macron’s government. “Macron was clever enough to beat them by starting a movement in a totally new direction.”

A month after Macron’s victory, the centrist party that he founded—La République En Marche!—won an absolute majority of 350 seats out of 577 seats in the National Assembly, the lower house of France’s bicameral legislature.

Given his party’s control over both the legislature and presidency, failure of Macron to deliver on his promises to cut unemployment and control migration into France could provide the FN a renewed opening to capitalize on mainstream resentment over those issues.

“We’re hanging on by a thread with Macron,” said Constance Borde, a member of the U.S. Democratic National Committee and former European chair of Democrats Abroad. “If he can’t perform, the right wing will waltz into the space the population is looking to fill, like what happened with Donald Trump in America.”

While Macron was seen as the decisive factor, the future success of the FN also could hinge on how much center-right French politicians such as former President Nicolas Sarkozy appeal to voters on the right.

“The shift of the center right to the extreme is disquieting,” said Hunter. “Sarkozy is echoing more of their talking points on immigration.”

During the 2017 election, Sarkozy called on immigrants to speak French and accept French history as their own in order to assimilate. Macron himself has also made more hardline comments on immigration, and told an asylum seeker to “go back to Morocco” in November.

“These others will be able to absorb some FN voters,” said Constance Borde. “The FN is no longer the Joan of Arc–the center is moving toward them.”

Regardless of the future success of the FN party, several panelists said that some of the political and cultural anxieties which drove its supporters to the polls may be here to stay.

“The United States has always known immigration. France hasn’t,” said Jim Bittermann, CNN’s senior European correspondent. “France was always white and Catholic, and immigration changed that. So that resentment will not go away. Fear sells better than hope.”