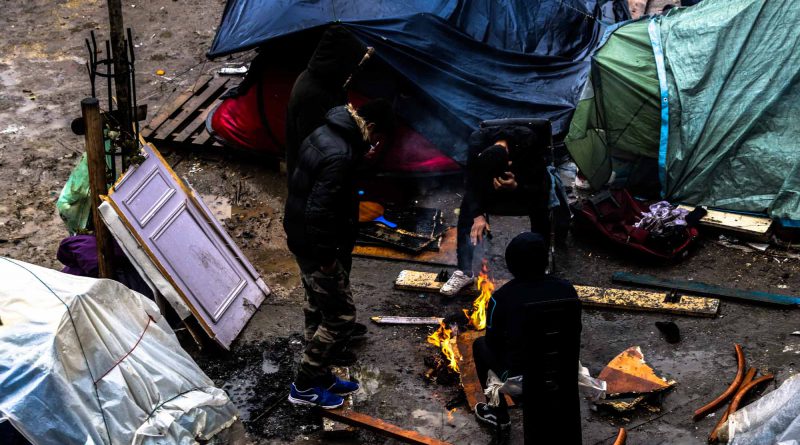 WASHINGTON — French President Emmanuel Macron was supposed to bring a more humane approach to France’s refugee crisis. But his most recent immigration bill is being criticized by refugee organizations for proposing laws that will hurt the country’s migrants.

The bill, which was released by Macron’s government in February, proposes stricter deadlines to France’s current immigration procedures and doubles the time someone can be detained by the government before being deported.

Violaine Husson has spent the last nine years working for La Cimade, a French organization that provides assistance to tens of thousands of refugees each year, and said that the bill “weakens [France’s] asylum procedure,” making France’s immigration procedures worse than they were two years ago.

Husson pointed to the shortened time migrants would have to apply for asylum when they first enter France as an example of how the bill would hurt asylum seekers if it is passed.

“Asylum seekers need time to find a roof, a shelter, and they need time to have support and trust,” Husson said. “After an exhausting migratory journey…they need more than 90 days to apply for asylum.”

This specific change is “huge” for asylum seekers, Husson said.

Once an application is denied, that individual has very little options. If the asylum seeker has family in another European country, he or she can go there and hope to further seek asylum. But, Husson said, if that person is not deported, they will usually stay in France.

Heather Young, the founder of the volunteer organization Paris Refugee Ground Support, said that refugees are criticized and seen as selfish for seeking asylum in France despite the fact that some are leaving countries that have turned into warzones.

“If you’re being bombed, do you stay there? No, you leave,” said Young.

Her organization delivers supplies like sleeping bags, food, and clothing to refugees across Paris seven days a week. She said that during the winter, when temperatures in France can drop below zero, she can deliver three vans full of supplies in one night.

Young, who has delivered aid in both Greece and France, was critical of European governments for continuing to apply the same systems to the refugee crisis that have already proven not to work.

“[European governments] are not thinking of anything new,” Young said. “They are using the same system in more and more…ever tightening ways, rather than opening up”

This lack of openness can be seen in the French population as well.

In a February poll conducted by the French company BVA, 63 percent of French voters said that they believe there are too many immigrants in the country.

During last year’s presidential race, Le Pen made sure to keep immigration at the forefront of the election and the openly hostile message of her party saw more support from French voters then it ever had, receiving nearly twice as many votes as when Le Pen last ran in 2013.

Cécile Alduy, a French professor at Stanford University who has written investigative pieces on the National Front, said that both Marine and Jean-Marie Le Pen—Marine’s father and former leader of the party—have turned immigration into a major issue that cuts across all of French politics.

“Marine Le Pen and…her father have won the cultural battle on immigration,” Alduy said in an email. “After years of declaring immigration a ‘problem’ and linking it to insecurity and unemployment, they have imposed their framing of the issue to the whole political spectrum in France.”

This message of “insecurity and unemployment” has succeeded, Alduy said, despite studies showing that immigration is “economically and demographically beneficial to France.”

During France’s 2017 presidential election, Macron was seen as the polar opposite of Le Pen.

The 39-year-old criticized Le Pen for her party’s hostility to immigrants and, in January 2017, he even praised German Chancellor Angela Merkel for saving Europe’s “dignity” for accepting nearly 1 million refugees into her country in 2015.

Now that focus has shifted onto Macron to solve France’s refugee crisis, he has been criticized for not living up to his previous image of being a positive force for refugees in his country.

In January, a letter was published in the French newspaper Le Monde that said the president’s immigration policies contradicted his humane image.

“One cannot make a real effort of reception by simultaneously offering all the signs of rejection,” the letter said. The letter was signed by French intellectuals and trade unionists—including one of Macron’s top economic advisors during the campaign.

Macron’s current approval rating is 43 percent, the second lowest it has ever been. And, while his newly formed centrist party, En Marche, has operated smoothly so far, the issue of immigration could prove to divide it.

“The very first time that members of the Assembly from the En Marche majority have criticized the government were about the direction taken regrading immigration,” said Alduy, adding that the government’s handling of immigration issues “could be the beginning of a political spilt within the majority” of the party.

The passing of this most recent bill, which has already seen public protest, could be a significant moment for En Marche. The French government will debate the bill in April and it could be voted on as early as June.

Husson said that she is worried this short timeframe will not provide enough time for parliamentarians to debate the bill. Also, organizations like La Cimade will not get a chance to work with the government and make changes to some of the bill’s stricter proposals.