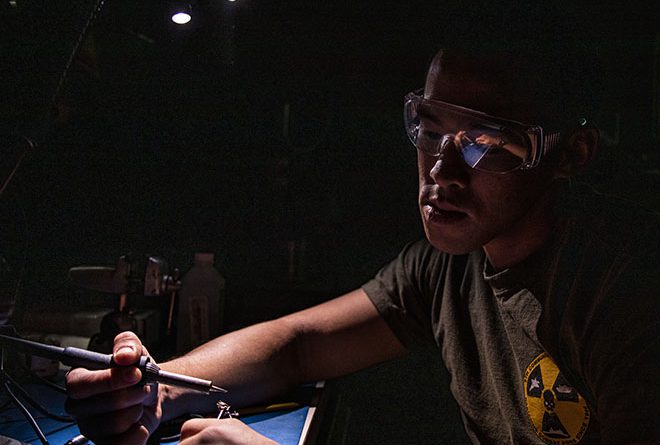 WASHINGTON – The Department of Defense needs to fill a new position intended to get more recruits for tech and software roles in the military, the Defense Innovation Board said Friday.

“Digital talent is hugely important,” said Kurt DelBene, a board member and chief digital officer of Microsoft. “We think this could be a game changer.”

The U.S military failed to meet its recruitment goals across divisions, particularly in roles relating to technology and cybersecurity. The military has struggled to meet recruiting goals in recent years. For example, while the Army reached its goal of 68,000 recruits in the last fiscal year, that was only after ramping down expectations itself, coming in at 6,500 less than projected for the previous year.

Congress approved the creation of Chief Digital Engineering and Recruiting Management Officerby the DOD last year after approving the 2020 National Defense Authorization Act. As of publishing this, the Department of Defense has not announced any potential nominees.

In August, the Government Accountability Office released a report that found some of the newest cyber units were significantly understaffed. One unite had filled only 30 of more than 170 positions.

Some, like former Google CEO Eric Schmidt, praised the Pentagon’s recruiting efforts but still expressed skepticism that the board’s recommendation fell short of what was needed.

“We’re still whittling around the edges of bureaucracy,” Schmidt said. “People will say it was a good try, but it wasn’t enough.”

Schmidt floated the idea of creating a sixth military academy that focuses specifically on cyber and tech training similar to West Point’s focus on training Army officers,  as a way to recruit and retain the skilled labor the services need.

“The military is in a war for talent,” said Jennifer Pahlka, another DIB Board member and Founder of Code For America. “It’s very competitive.”

While the military may be losing talent to the private sector due to its higher compensation,  Kara Dixon-Vuic, a history professor at Texas Christian University specializing in 20th-century war, said says the reason may go deeper.

“The military can actually pay people pretty well,” she said, “but there are other factors like having to move a lot or just a general population that doesn’t like that we have been at war for almost 20 years.”