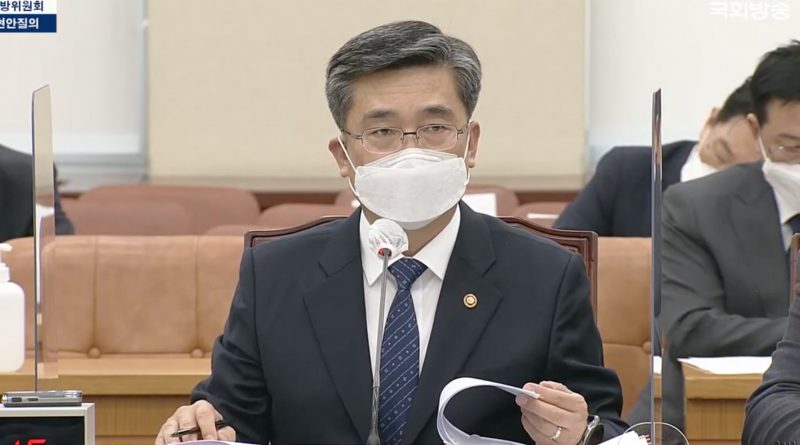 SEOUL – South Korea’s Minister of National Defense Suh Wook said research on military service by transgender individuals is necessary, a milestone in the LGBTQ rights movement in one of the least inclusive countries in East Asia where even the incumbent president, a former human rights lawyer, openly opposed homosexuality in 2017.

During the National Assembly’s National Defense Committee session on Tuesday, Representative Kim Byungjoo, a former Army general, questioned whether the Ministry of National Defense is looking into military service by transgender people. Suh replied, “There has not been such a research yet, but I think it should be conducted now.”

South Korea’s first known trans soldier, Byun Hee-soo, 23, was found dead at her home on March 3. She was the first in South Korea to have had gender reassignment surgery while in the military.

Byun, who had been a staff sergeant in the 5th Armored Brigade, was forcibly discharged last year after undergoing sex reassignment surgery in November 2019. The Army judged “the failure to have a male penis and testicles constitutes a level-3 physical disability” under the military law. Suh was the chief of staff of the Army at the time.

Byun had wished to continue her service and appealed the decision at the Army Headquarters, but her reinstatement petition was denied last July. A month later, she filed an administrative lawsuit against the military over her dismissal and the first hearing was scheduled for April 15.

The Army initially stated that it was not in a position to comment on “the death of a civilian” to much criticism on social media. The Ministry of National Defense expressed condolences a day after Byun’s death, yet also said that there have not been detailed discussions on reviewing the prohibition against trans people serving in the military.

At the Tuesday National Defense Committee session, Kim highlighted President Joe Biden’s repeal of the transgender ban in the U.S. military in January, quoting Biden’s words that “gender identity should not be a bar to military service” and “an inclusive military strengthens our national security.” A 2019 Department of Defense data showed 8,980 active-duty transgender troops in the U.S. military.

The South Korean military faces growing calls to be more inclusive. In a letter to the South Korean government last July, a panel of the United Nations human rights officials cautioned that, “the dismissal of Ms. Byun would violate the right to work and the prohibition of discrimination based on gender identity under international human rights law.”

The Center for Military Human Rights Korea and 18 other organizations jointly issued a statement in March, calling for the military to deliver apologies and countermeasures instead of condolences.