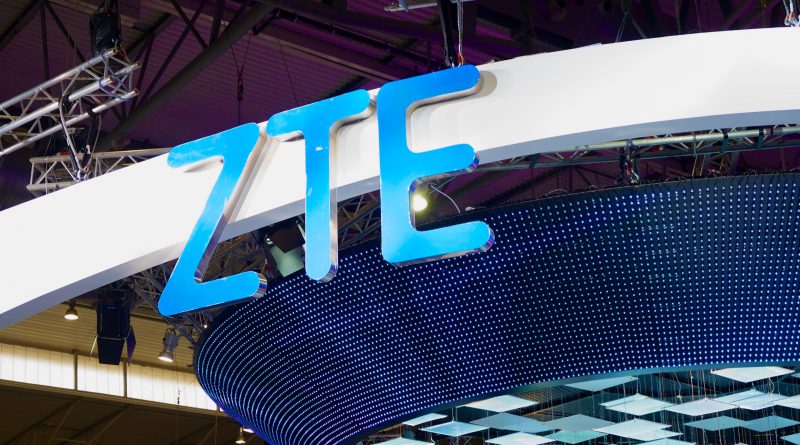 “ZTE Blade S6 Plus” by Kārlis Dambrāns is licensed under CC BY 2.0
Conflicts and Terrorism International Relations
By Anna Kook on July 30, 2018July 31, 2018 china, Telecommunications
Tweet

Despite possible national security threats Chinese telecommunication companies pose to the United States, the government has begun to take solid steps into allowing China’s second largest telecommunications equipment maker, ZTE, to do business in the country.

One July 13th, the Commerce Department lifted a ban on U.S. companies selling goods to ZTE. U.S. lawmakers also removed an amendment from a defense bill on Monday that would have reinstated sanctions on the Chinese company.

The Commerce Department in April originally banned ZTE from functioning in the U.S. for seven years when the company failed to reprimand its employees involved in illegally selling U.S.-origin equipment to Iran and North Korea. Thus, in return for being allowed to operate in the U.S., the company is paying penalties of up to US$1.4 billion to the government.

Given such history, experts warned the government against allowing ZTE from expanding its presence in the United States during a House Intelligence Committee hearing on July 19th. In his testimony, Michael Brown, a former CEO of Symantec Corporation, called on the government to enforce stricter laws that can hold ZTE’s actions accountable.

“We need more aggressive enforcement of IP theft with the sanctions on Chinese firms that steal such as with ZTE and changing laws so that Chinese firms can be successfully sued in U.S. courts,” Brown said during the hearing.

President Donald Trump opposed the ban on ZTE. In May he tweeted he was working with Chinese President Xi Jinping “to give massive Chinese phone company, ZTE, a way to get back into business, fast…Commerce Department has been instructed to get it done!”

But ZTE’s technology and the company’s close relationship with the Chinese state raises the possibility of the Chinese government exploiting ZTE services to illegally gain information critical to U.S. security.

“If the U.S. military or government uses ZTE phones and technology, the Chinese government could gain intelligence on the U.S. military,” said Timothy Heath, a senior international defense research analyst at the RAND Corporation. “ZTE equipment are [sic] vulnerable to being controlled and any information carried on their systems accessed by unauthorized people.”

With China listed as one of the top threats in the Trump administration’s National Security Strategy, there are concerns that China could conspire with ZTE to gather information to advance its own national security interests.

“Huawei and ZTE in particular have been cooperating with the Chinese government to build infrastructure but also to cooperate with Chinese authorities on their cybersecurity initiatives,” said Rui Zhong, the program assistant for the Kissinger Institute on China and the U.S. at the Wilson Center.

While the possibility of ZTE posing a national security threat exists, some experts say the likelihood of serious danger is improbable as many components of its products are produced in the U.S.

“Their equipment in the U.S. functions off of American chips, so from a technical view I don’t think it could threaten national security unless they hardwire the chips,” said Rafiq Dossani, the director of the Center for Asia Pacific Policy. “It’s like saying the guy that supplies food to the AT&T office is a threat just because he’s part of a supply chain.”

Because ZTE relies heavily on American business partners for economic survival, Sourabh Gupta, an Asia-Pacific international relations policy specialist at the Institute of China-America Studies, says it will not be easy for ZTE to breach agreements with the U.S. to access sensitive government or military information.

“If they are found guilty again, they’re going to be completely shut down from the United States,” Gupta said.

Economically speaking, Gupta credited President Trump for executing a lucrative deal for both countries that provided relief amid the recent trade war between China and the U.S.

“There is a certain degree of mutual dependence between ZTE and the U.S., and there was fear that if ZTE was basically killed in the conflict the U.S. had with China, then China would take retribution on American companies.”

ZTE is currently restrained from selling any equipment to the federal government, but Heath, Zhong, Gupta and Dossani all agree the U.S. must continue to strictly inspect Chinese companies like ZTE that have a past and a future possibility to threaten U.S. national security.